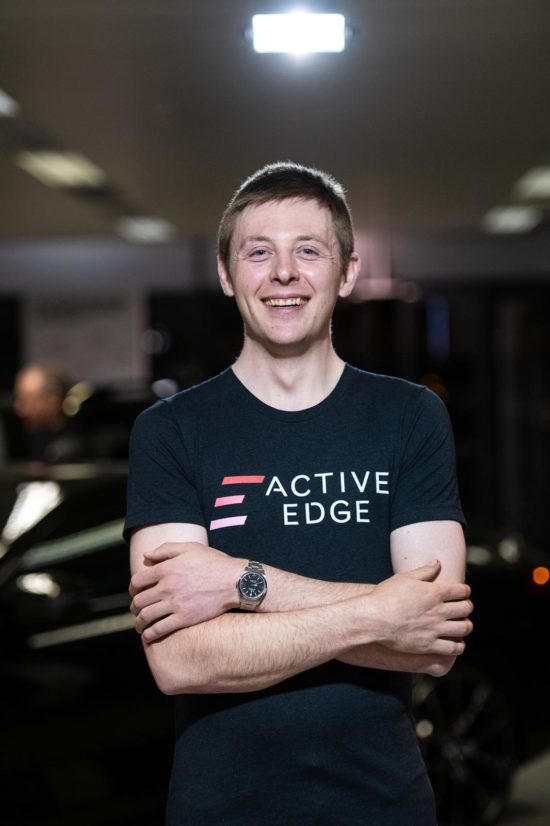 Posted By: After Umbrage
17 Dec

Sam Woodfield, an accomplished British cyclist is taking on a huge challenge between Christmas and New Year 2021. For charity, he is setting himself the challenge to cycle 1,000 kilometers in four days. He is doing this to raise funds and awareness for After Umbrage and The Mintridge Foundation. These are two charities run by two women from Oundle, Northamptonshire, who are making a difference.

Why cycle 1,000 kilometers in such a short time?

Sam’s reply to this question is simple. Why not?!?

He says, “The physical and mental suffering that will happen over those days will not come anywhere close to what my mother endured over the seven years she suffered with cancer, not including the two other times my mother suffered with it in her early 20’s.

Since my mother’s passing in 2015, I have used my bicycle in many forms. In the early days, I was riding my bicycle to control my feelings, emotions, and life, as a way of grieving for my loss.

I then started to become addicted to training. I put it ahead of everything; relationships, family, friends, work, and any social occasions. These behaviours continued to escalate and became more and more ingrained. At the end of 2016, I was diagnosed with disordered eating, orthorexia, and exercise dependency. This continued to escalate over the coming year and months until I finally realised what I was doing. Unfortunately, for my mental and physical health, this was a little too late!

Moving forward to October 2018, I achieved a successful race season and gained my elite category licence for 2019. Also, I made severe efforts to overcome the physical consequences of years of abusing my body through overtraining and under-fuelling. Now, in 2021, I can say I have nearly overcome all of the physical problems. However, the mental battle continues.

And that’s the reason I am taking on this challenge.

I know, physically, I can do this. And I know this challenge will be all about mental strength and fuelling!

So I am using this challenge as a way to raise awareness for After Umbrage. What’s more, I will need mental resilience to overcome the challenges on route. Much like the beneficiaries of After Umbrage. Life throws tests at us during times of suffering- both physical and mental tests.”

You can support Sam, After Umbrage and The Mintridge Foundation very easily

We’d be so grateful for your support and so would Sam. It would truly spur him on. You can make a donation via this link. We thank you!